By the order of King of Habasha Abraha, one of his army commanders charges ahead Mecca to ruin the House of God. He leads thousands of soldiers, horses and elephants all fully equipped. By God’s will in 3km distance from Mecca, in its outskirts the elephants come to a standstill refusing to take any more steps. Millions of small birds throw red hellish pebbles carrying in their beaks on Abraha’s forces and the army is all annihilated. A month later, the Holy Prophet of Islam, Muhammad (PBUH) is born. This film depicts the age of Paganism and all its oppressions, cruelty and injustice through the eyes of Muhammad up to the age of 13. “We’re going to help open your eyes to what Islam really is all about,” Majidi added. “We have a lot of positive things to share with the world, provided that the West is ready for such a dialogue. I think that Iran can have something someting strong to say through its arts and culture.” 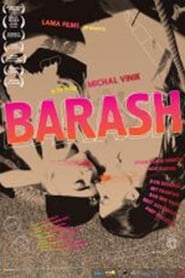